According to Kellogg (1960),
“Soil is the collection of natural bodies occupying portions of the earth’s surface that support plants and that have properties due to the integrated effect of climate and living matter, acting upon parent material, as conditioned by relief, over periods of time (Hartemink, 2016).”

According to Hilgard (1892),
“Soil is more or less a loose & friable material in which plants, by means of their roots find a foothold for nourishment as well as for other conditions of growth.” 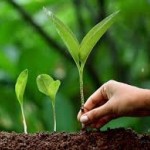 More from this author

Thank you for subscribing.

we respect your privacy and take protecting it seriously